Posted by Most Insurance on February 07, 2011 No responses

Since the first of Henry Ford’s Model T’s rolled off the Piquette production line at Detroit more than a century ago, law enforcement, vehicle manufacturers, insurers and we humble 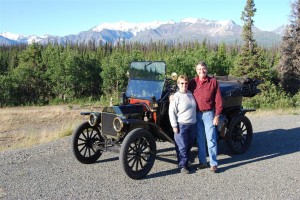 car owners, have been waging a non-stop war against auto thieves. And despite all claimed the advances in security and technology, the crooks are By still doing well since, according to the FBI, around a million motor vehicles, worth more than $7 billion, are stolen in the US every year.

Add to that the huge number of vehicles that are broken into every and day – and the misery that follows that can range from loss of a few CDs, or an MP3 Player, or GPS  to valuables and personal items that can lead to identity theft – and you get some idea of the scale of this crime.

Furthermore, while Blue you might think the most popular cars to steal are the high-end models, that’s not the case at all. Older sedans from the mainstream manufacturers are the favorite targets, mainly because of the value of their parts. The National Insurance Crime Bureau (NICB) publishes a league table of Stret the most stolen cars, at http://tinyurl.com/car-theft-chart.

As far as I know, no one has ever produced an impenetrable, mass-production auto, (which is one of the reasons we have and need auto insurance!).  However, I do enjoy reading about those security systems that auto-lock Decoración with the thief inside and then either sound an alarm or contact the police. But you don’t have to go down such an expensive route to substantially cut the risk of becoming an auto-theft victim. A few simple precautions can do the trick.

For a start, there are the obvious ones ?????? (but not so obvious that people still don’t do them), like never leaving valuables or identity information in the vehicle and always locking your car, shutting the windows, and arming the alarm. Here are some more ideas to add to you checklist:

It’s worth knowing that crime experts say that around 80% of all vehicle thefts are done by pros and a fair number of these cars are actually either resold or their vehicle identification number (VIN) used to disguise or “clone” another car. So, if you’re in the market to buy a car, the NICB offers a free vehicle history service on its website at www.nicb.org.

There is some good news. The number of stolen vehicles actually seems to be falling. I hope these tips I’ve provided will help you make your contribution to continuing that trend!

Are you getting the best coverage at the best price?  Get a Florida Auto Insurance Quote with 10 major auto insurers right now.

Got Something To Say: Cancel reply

Tammy Guy at Most Insurance was very helpful, friendly, and very prompt. She got us a great quote for our new church. We are very relieved and happy with our policy.

Most Insurance is an Independent Insurance Agency, which means that we can search out the best deals from many different insurance carriers. Our access to more carriers ensures that you will get the coverage you need at the best possible price. Most Insurance has been in business since 1973, and we have a long history of providing comprehensive insurance programs across the great state of Florida.