Do I need uninsured motorist coverage on my auto policy?

Posted by Most Insurance on June 09, 2011 No responses 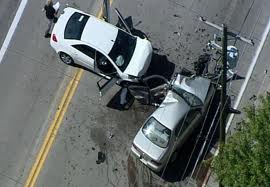 Alright so is uninsured motorist coverage important? Absolutely! In my opinion it is the most important coverage you can have on an auto policy,  you should also have it on an umbrella insurance policy.

A good friend of our agency Henry was driving in the Tampa Bay Area, and was in Clearwater on a Sunday morning crossing US 19 and Gulf To Bay Blvd by the Sams Club, when a driver ran the light on US 19 and t-boned Henry and his wife on the passengers side.  Henry and his wife we both had head injuries and were rushed to the emergency room.  Henry was able to be discharged after only a couple of nights, his wife had to be kept in the ICU for more than 3 months.  She was a house wife, and when she finally was able to go home it was in a hospital bed.  She has required now for several years to have around the clock assistance, both for taking care of her, and for taking care of the house, as Henry has had to keep working.  While this is a tragic situation, Henry knew the importance of uninsured motorist coverage, and the importance of an umbrella policy.  they carried 2 million dollars worth of uninsured motorist coverage on their umbrella policy. Because they had this coverage they have been able to pay for the medical bills, the in home care, and the services of someone to cook and clean.  It doesn’t matter how much insurance the other driver had, in a situation like this it isn’t enough.

Stories like this, true stories I hope will convince you as I have been convinced to carry uninsured motorist coverage on your florida auto insurance policy and on an umbrella policy.

Got Something To Say: Cancel reply

Tammy represents your company VERY WELL! Tammy is fast in getting me information. She responds quickly and follows through and does not let details slip through the cracks. I have never had to call and "remind" Tammy about what I need. She calls and reminds me when it is renewal time. Just this past week I needed To add an additional insured to the policy and I connected to me by email to my customer and she took care of everything!!! I AM SO GRATEFUL!!! Tammy is fast and very professional! Tammy makes working with Most Insurance a pleasure! I am recommending Most Insurance to my friends!

Most Insurance is an Independent Insurance Agency, which means that we can search out the best deals from many different insurance carriers. Our access to more carriers ensures that you will get the coverage you need at the best possible price. Most Insurance has been in business since 1973, and we have a long history of providing comprehensive insurance programs across the great state of Florida.